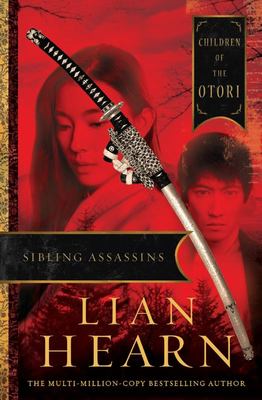 Sibling Assassins (#2 Children of the Otori)

As a boy Arai Sunaomi was known as the Miracle Child and crossed between the worlds to walk among the dead. Now he has put aside his past to follow the way of the warrior. His aunt, Kaede, is considering making him her heir and her General, Miyoshi Kahei, hopes to betroth Sunaomi to his daughter, Kinu. But there is one girl whom Sunaomi cannot forget - Utahime, who has been dead for seven years. Will he dare bring her back to life?Utahime's brother, Masao, is Sunaomi's oldest friend and the only surviving relative of the great warlord Saga Hideki. When Masao disappears after a fight in the city, Sunaomi is charged with finding him. With his cousins, Kiyoko and Kichizo, sibling assassins from the Tribe, Sunaomi sets out on a journey which will take him into an enthralling and dangerous world of spirits and supernatural beings, rebels, pirates and saints - the extraordinary and enchanting world of the Tales of the Otori.