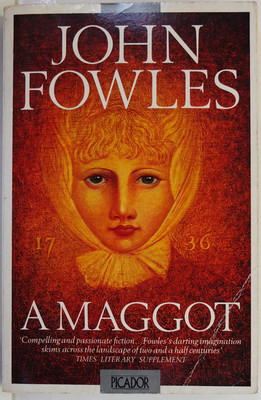 A MAGGOT is not an historical novel in the normal sense. It began as a quirk or obsession (a 'maggot') in the archaic sense of the word) which found its setting in the second wave of Protestant Dissent in England. It took shape as a mystery - a compelling investigation of unaccountable motives and deeds - which led through beguiling paths to a starling vision at its centre.