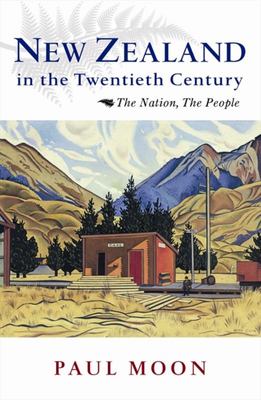 New Zealand in the Twentieth Century: The Nation, the People

As the first history to encompass the entire century, New Zealand in the TwentiethCentury can be said to be following on from the survey histories of the last century. However, this epic work is much more than a traditional chronology of events. Rather, it brings to life in vivid detail the social, political, and culturallandscape of New Zealand in this period, and combines it with often intimate portrayals of people, places, ideas, and events that defined us as a nation.The result is a magnificently panoramic portrait of the country which is both spirited and compelling. Alongside commerce, politics and racial integration sit the less obvious but equally relevant developments in clothing, religion, architecture,and music, together with how we played sports, shopped, drank and entertained ourselves, and how our ideas of families and communities transformed. From temperance to a people’s prime minister, from the welfare state to rock’n’roll, from a dying race to a Maori renaissance, this book follows the growth and evolution of the nation. The result is a superbly researched and highly readable history of life in New Zealand throughout the twentieth century.

Paul Moon, Professor of History at the Faculty of Maori Development at AUT, is both widely and successfully published. His critical and sometimes controversial Maori/Pakeha perspective is nevertheless well respected amongst his peers. He is a regular media commentator on Iwi history.